In the wake of the passage of the $1.9 trillion stimulus bill through Congress, the U.S. and global economies are going to get a lot of stimulus. The International Monetary Fund is predicting that U.S. GDP growth in 2021 will exceed six percent. As a result, the U.S. economy is expected to become the world’s fastest-growing economy this year with a growth rate above even that of China. Now, the Biden administration is asking Congress to take one more big step by passing a $2 trillion infrastructure and technology build back better bill. If it is also passed at anywhere near that $2 trillion figure, the U.S. economy and financial markets are going to look like a shooting star.

Indeed, there is concern on the part of economists like former Treasury Secretary Larry Summers that the two bills would overstimulate the U.S. economy and lead to a buildup of inflationary pressures like those of the 1970s. This is based on the view that the output of the economy is ultimately limited. In other words, Summers argues that Biden’s proposed stimulus would more than absorb all currently unemployed workers and all unused production capacity and would not add new capacity beyond a certain level because there would not be enough workers to man it. The result of an effort to try would be rapidly rising inflation. Summers’ voice is a weighty one in economics but also a narrowly conventional one in my experience with him.

Take the official U.S. unemployment numbers. They are collected by asking people if they are currently looking for a job. If they say “no”, they are not counted as unemployed even if they are of prime working age and probably should be employed. Under this method of collection, the reported U.S. unemployment rate might be say 4 percent. But if you looked at the percent of people of prime employment age actually employed in the United States and compared it to the same rate in other countries you would find that the U.S. rate is the lowest. The fact is that we have a lot of discouraged workers who should be working but have given up looking for one reason or another. Biden’s program would sweep up those discouraged workers and make the U.S. numbers of employed look more like those of the rest of the world without causing much inflation.

But for things to work out this way and to the long term benefit of the U.S. economy, the Biden program must focus on stimulating production in the U.S. (not in China, not in India, not in Mexico, but in the U.S.) in key technology industries like semiconductors, solar energy equipment, robotics, artificial intelligence, quantum computing, and artificial intelligence. Biden must do this for two key reasons. One is that these are the industries of the future from which will spring further new technology and productivity increases without which the U.S. economy cannot thrive long term. The U.S. will derive little benefit from these industries if they happen to be operated by U.S. corporations in production facilities in China or elsewhere outside the U.S. The second reason is that the productivity of these kinds of industries is a multiple of that of Walmart, Amazon, Wells Fargo, Goldman Sachs, and your corner grocery store. Service industry jobs tend to pay low because they have low productivity. America cannot afford the expansion of these industries without major growth of the high productivity industries.

As we watch the progress of Biden’s program, we can judge its likely outcome by watching not how much money up for spending but where the money actually goes. If it goes to support production by cutting edge industries in the United States, think about investing in those industries. If the money doesn’t go to those industries or to U.S.-based production by them, think about investing outside the U.S. 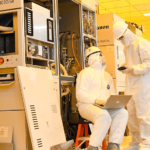 Is the U.S. Moving On From Free Trade? Industrial Policy Comes Full Circle 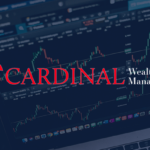 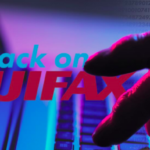 1 in 2 Americans Were Affected by the Equifax Breach